Gina Barton , Corrections reporter for the Milwaukee Journal-Sentinel, did an investigative report comparing Ramiah's Whiteside's lengthy time in prison with the short sentence of his Truth-in -Sentencing Roommate. Both committed generally the same crime. She exposes what is happening to many prisoners sentenced before 2000. Although judges gave lengthy sentences before truth -in -sentencing, they fully expected them to be release after serving one fourth the sentence if they behaved well, which was the law at the time. And here Ramiah still sits after 20 years!

read in PDF format and it is pasted below or 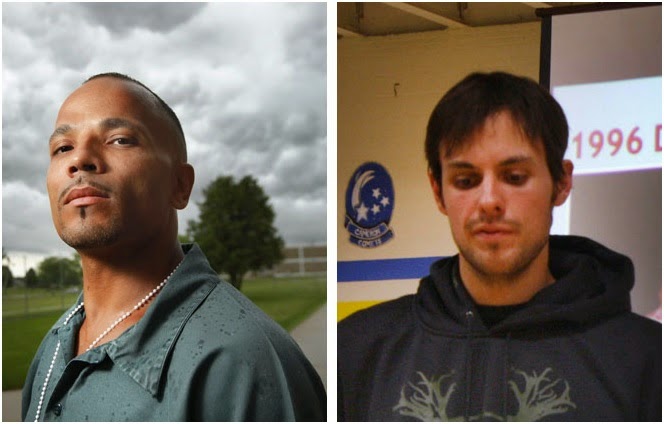 At left, Ramiah Whiteside stands on the grounds of the Fox Lake Correctional Institution. After 19 years, he still doesn't know when he'll get out. At right, Shane Urness speaks about drunken driving to a high school in Cornell, Wis. Urness, whose offense was similar to Whiteside's, served five years in prison and was released five years ago.


By Gina Barton of the Journal Sentinel

When Ramiah Whiteside saw the flashing red and blue lights in his rearview mirror, he drove faster.