It's confirmed, Danielle LaCost is back and terrible as ever. 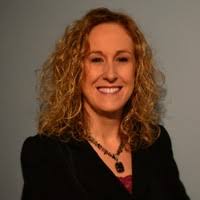 
They did some parole hearings here at Stanley today via CCTV and it was LaCost that did the hearings. I thought that she was supposed to be gone. Do you have any information as to whether or not this woman is leaving? There has got to be a way to get rid of her!! One of the guys that went in front of her today had gotten a 10 month defer from Landreman, with an endorsement to do the welding program. Right after he started the program they had some staff issues so he was put on hold. Now they have restarted it. Today, LaCost  gave him an 8 month defer, and an endorsement to secure minimum. Her reasons that she used for not granting parole was, he has an obligation to the welding program which is 5 or 6 months, insufficient time, COVID-19 because the jobs that are out there are for the people that have been laid off not for people being released from prison, and because he still owes restitution. He has been down for 25 years on a 50 year sentence. This woman has got to go, she is so hellbent on keeping us locked up. I go for my third time in August. I've been down 21 years on a 50 year prison bid. I do not want to go in front of this evil woman again. How do we get rid of her?!!


Wait, go back and read that again.

Danielle LaCost is using COVID-19 as a reason to keep people IN PRISON.

She openly stated that she was denying release because:

1. the prison needs his underpaid labor to do welding.

2. she doesn't want him competing with other people for jobs in this economy.
Posted by Ben Turk at 9:17 AM