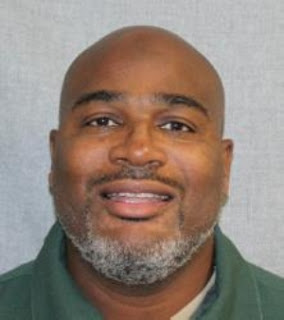 
Mr. Jackson filed a EXECUTIVE 31 PETITION July 23, 2019 and sent it to  Warden Reed Richarson office for determination whether Jackson was statutorily eligible and once Mr. Richardson determined that Jackson was statutorily eligible, Mr. Richardson secretary forwarded this petition to Mr. John Tate II (Chairperson) in October 2019 as confirmed by the Warden secretary to Mr. Jackson family that she told this to over the phone. From that confirmation the petition had been in Mr.Tate II possession at least seven months.

On April 16, 2020  Mr. Jackson finally received a response to his petition  from Karen Han that was dated April 8, 2020 and not the Chairperson. Mr. Tate II is the Chairperson and the only person that has been designated by rule to make decision in Executive  31 petitions.

The petition was stamped received July 30, 2019 which is inconceivable because the petition was not sent by the Warden Secretary to Mr. Tate II  until October 2019 (two months after Mr. Jackson sent the petition to the Warden.) Mr. Jacob Walters (parole commissioner)
confirmed in October 2019 through a phone call place by Mr. Jackson family through a phone call which he told Tina Derkes that he directly gave Mr. Tate the petition. Ms. Karen Han has not been a parole commissioner since she resigned from that position in January of 2020 and was functioning  in her new position working for Department of Corrections as a administration assistant in February of 2020.

So what Mr. Jackson don't perceive is how Mr. Tate II could delegate Karen to make a decision on a petition that's exclusively designated by rule for the Chairperson to make and respond to, specially when Karen is no longer a parole commissioner. This appears to be a case of colleagues scratching one another's backs in an unofficial manner to evade Mr. Tate from executing his designated and official responsibility as the Chairperson.

Ms. Karen Han unofficially responded to a petition she's not officially delegated to respond to since she not the appointed chairperson to the parole commissions office. Inaccurately stating that Mr. Jackson isn't eligible for Executive 31 and misinterpreting hat Mr. Jackson actually filed. Mr. Jackson clearly qualify based on the following reasons:

- Infirmity or disability of the inmate

- Need for treatment or service not available within the correctional
Institution

- Or other circumstance warranting an early release which are made
known to the sentencing court pursuant to section PAC 1.05 (2) (a)
Wis. Adm. Code. √√√(bingo)

EXECUTIVE 31: Applies to only those who are statutorily eligible for parole considerations in accordance with WI stat §304.01. Inmates serving sentence under §973.01 stats (Truth and Sentencing statute) are not eligible for Parole consideration for extraordinary circumstance for that sentence but may petition for release under the procedure set forth in §302.113 (9g) ( For those under Truth In Sentencing)

Inmates who have not reached their parole eligibility date may be considered for extraordinary circumstances release under §304.06 (1m)  Stats. The sentencing court, district attorney and victim, if available, must be notified and permitted to comment upon the proposed recommendation for release. √√√ (Mr. Jackson qualify)

A. The Chairperson, Warden or inmates guardian may request
consideration for release due to extraordinary circumstances
regardless of the parole eligibility date. √√√ (bingo)


C. The Chairperson shall consider all of the following eligibility for
parole, efficiency of time served, satisfactory adjustment to
institution, satisfactory program participation, adequate release
planning and risk to the public. √√√ (bingo)

E.  The Chairperson will determine whether or not it is appropriate to
waive the 25% of service sentence requirement under §304.06 (1) (b)
notice if the determination to the court, district attorney and victim is
required. √√√(bingo)


F. The Chairperson will make a decision to approve, deny, or defer for continued monitoring of extraordinary circumstances. √√√ (bingo)


So I clearly meet the requirement for Executive 31 which is evident in Mr. Tate II failure to decide on this matter instead of passing the buck to someone who isn't an no longer a parole commissioner and not officially delegated to respond to the petition.


Your letter (07/23/2019) to the Parole Commission has been received, reviewed, and will be placed in your institutional file. It will be available at the time of your next parole consideration.

As you stated, the Parole Commission is not responsible for sentencing or determining innocence vs. guilt. As Per Wisconsin Statute 302.113(9g)(a)1, "Extraordinary health condition' mean a condition afflicting a person, such as advanced  age, infirmity, or disability of the person or a need for medical treatment or services not available within a correctional institution." You have not Lister anything that would adhere to this statute, so therefore you are not eligible for parole based on extraordinary health conditions.

The Wisconsin Parole Commission would like to apologize for the significant delay in response - this is due to a number of internal changes.

I PETITIONED for Extraordinary Circumstances under Executive 31 which is under Wis. Adm. Code PAC 1.05 which is not exclusive to health issues which is under Wis. stats. 304.06 (1) (b). So her misinterpretation of what was actually filed is clearly a misunderstanding of their function in this position. Something that's so clear is hard for me to perceived that it was an incidental  misinterpretation. Some officials of the DOC often exercise this ignorance roll when they are not trying to address a matter that they are designated to execute but attempt to evade that responsibility when it don't appear to favor or benefit their status or position.

I've served 28 years on a sentence for a crime that I didn't commit that I provided Mr. Tate proof of my innocence of the shooter affidavit admitting he lied on me as well as the news paper article of additional people admitting that they lied on me and that I'm innocent. So if that was not good enough as an extraordinary circumstances. Then This Corona Virus pandemic should be extraordinary enough since I fall under the risk factors for contracted this virus in this prison environment.

I'm 53 years old diagnose with hypertension & respiratory conditions where I actually had to take steroids inhaler to help restore breathing when I had gotten a respiratory infection a few years  ago and I had to be given antibiotics to restore my breathing and reduce repetitive coughing. So since this is a significant risk factor I should be considered for release under extraordinary circumstances of the risk of death if I'm withheld in this environment until the virus invade this prison.

Its not a matter if it will but when it does. The escalation of cases in prison is gradually increasing and the escalation of death is has increased in this prison to 197 deaths.  Its almost like the DOC is anticipating our death knowing the significant risk and not taking the measure to release high risk inmates. So if something happen to me as a result of Corona Virus it will be clear that I could only have become infected through staff because visiting has been shut down for over a month. So I ask all those who read this to contact Kevin Carr, Governor Evers and John Tate and t them to do the right thing not only in my case but all those who are similar to my circumstances.

Only about five staff is following Kevin Carr suggestion for them to wear mask when they come to work and I had to create my own mask from my own personal clothing (long Johns) to try to shield myself from potential exposure from staff who don't even know if they have been exposed. With a 14 day incubation period of them not knowing they have been exposed put us at great risk everyday they walk in this institution with a potential of a recent exposure. We can't exercise separation its literally impossible. Then if one of our cell mates get sick, then we are compelled to be quarantine with him exposing him to cross contamination. If this is not inhumane that your willing to sacrifice a person life who don't pose a threat to society and have done majority of our time we has been sentence to just to get more time out us. That's horrific. WOW, SUCH A DEVALUATION OF HUMAN LIFE. SHAKIR!