OLD LAW PRIMER- and how we got this way


BELOW: WHAT IS AN OLD LAW PRISONER?
A PRIMER 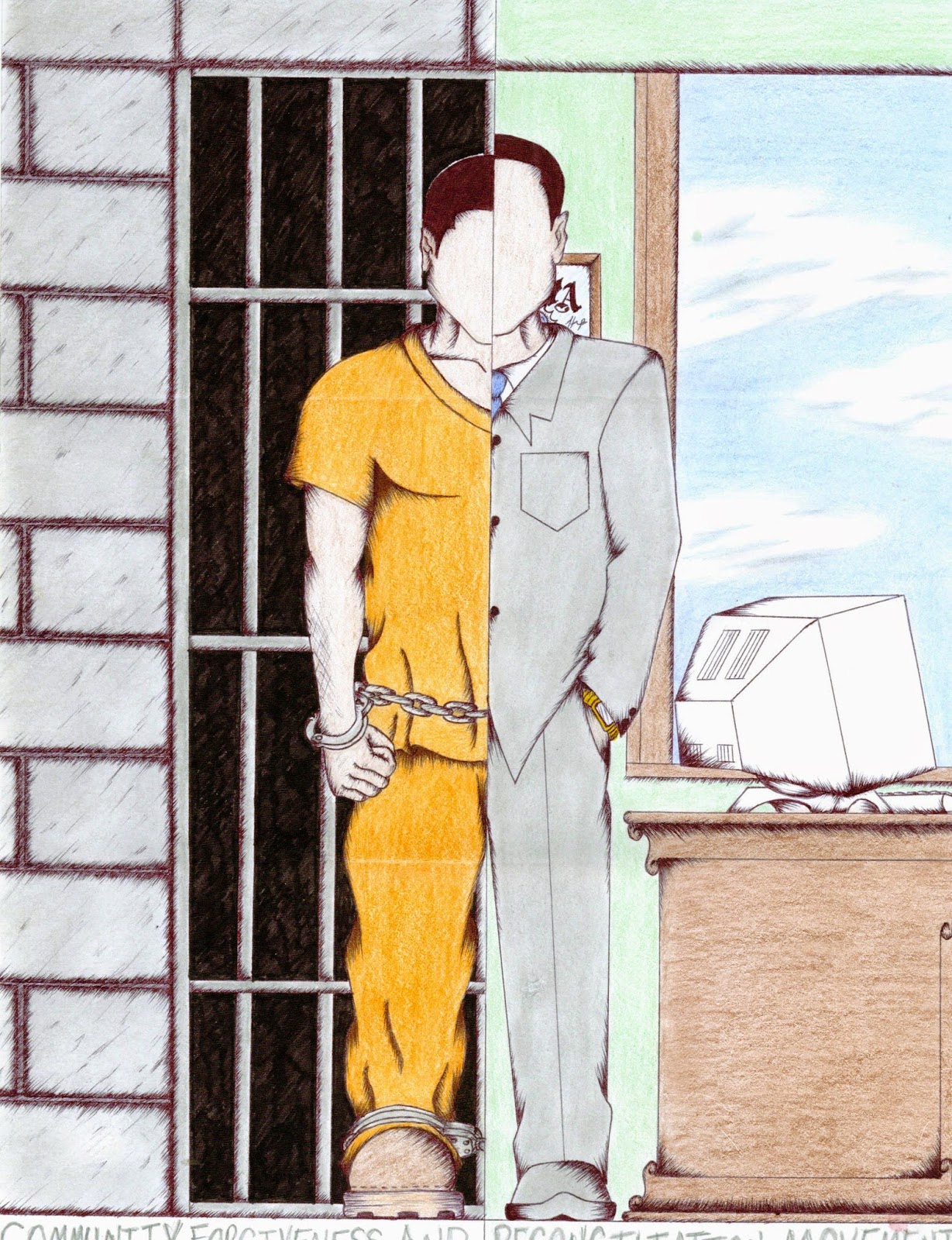 A short Q & A
scroll down to find:


1)what is an old law prisoner
2)As taxpayer why should I care?
3)How do I know these people are no longer  dangerous?
4) AS human being why should I care?
5) How did we get here?
5) What is the solution? What is Second chance And FFUP proposing?


1)What is an Old Law Prisoner?
Short Version: We have around 2500 prisoners who:


•  WERE sentenced before 2000, all are over thirty  many are elderly and most pose no threat to the public.
•  CAN prove themselves rehabilitated and ready for release.

•  ARE ELIGIBLE for parole, all have been for years, some for decades

•  ACCORDING to the law of that time, they were eligible for parole at 25 % of sentence


2)As taxpayer why should I care? 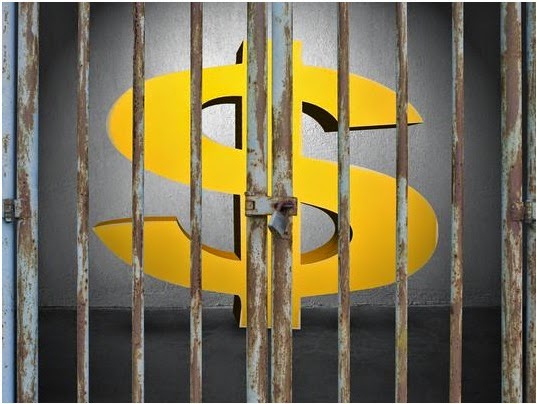 For the first time in history , Wisconsin taxpayers pay more  for prisons than we do for our whole university system . Many of us old timers went to college for around 500 dollars a semester now students are saddled with thousands and thousands of dollars of debt for the same education. We used to support our schools.

you are paying around 30 thousand dollars per year per old law prisoner, most  of whom have long been ready for release.

note: all old law prisoners are over 30, over 1000 prisoners are over 55, creating a crisis of the aged in prison. Prisons are built to house the young and healthy. Conditions for the elderly are inhumane. We are responsible for what goes on in our prisons as we do pay for them.

More of the consequences of  No Parole Policies
examples and stories clarifying each of these points coming.


a) Mission of rehabilitation has been abandoned in favor of warehousing
b) Overcrowding and understaffing makes dangerous conditions for both staff and prisoners
c) No treatment for the mentally ill, little programming and treatment for others.
d) The irony of holding rehabilitated Old law prisoners saying they present a "risk to the public" is this:
Prisoners who came into the prison after 2000 are called "truth in Sentencing "
or TIS prisoners. They are often released to the streets without any training or treatment. The courts do not mandate it and for many, even if they beg for treatment, there is none available to them. How does that make us safer?
e) For the first time in history we spend more on prisons than on our University system. We used to support our schools and no longer as the mountains of student debt our kids now hold testifies. Yet the DOC is not rehabilitating and is not making us safer.


3)How do I know these people are no longer  dangerous?
three points:

ONE) Studies show that most non corporate crime is committed by people under thirty. Period.  Below is a recent and incredibly detailed study by the ACLU that went state by state to get data and found that after 30, the percentage of prisoners to reoffend  was 6 %, after 55 it dropped to zero. This and studies by the FOB and other organizations  showing similar findings  need to be given much consideration when deciding whether and elderly inmate, once violent, is still a danger. People change. All old law prisoners are over thirty (crimes committed 15 plus years ago) and about a third of our nearly three thousand old law prisoners are over 55. Many are fathers, grandfathers. 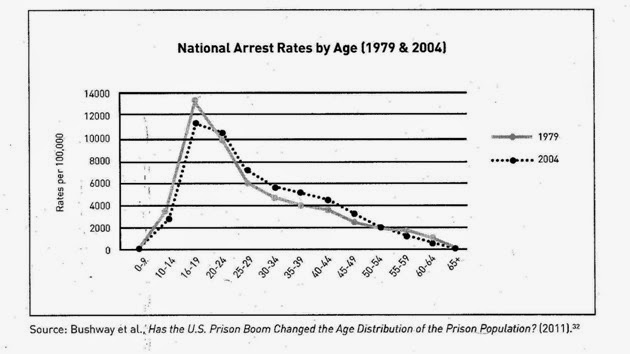 Crime Declines Precipitously With AGE for ALL Crimes    Research has conclusively shown that long before age 50, most people have outlived the years in which they are most likely to commit crimes. Even when examining data on arrests that may not lead to conviction or indicate guilt, this holds true. For example, the figure below shows the percentage of individuals arrested nationally by age in 2004. Less than6% of individuals ages 30-34 were arrested ( nearly 14 % for 19 year olds), whereas a little over 2% of individuals ages 50-54 were arrested and almost 0% of those age 65 and older were arrested. This trend of decreasing crime rates from adulthood to old age has held constant overtime, as shown by the 1979 arrest curve

TWO) Before 2000, when truth in sentencing came in and funds for treatment and education were cut, these old law prisoners had access to good treatment and education programs. PELL grants funded college degrees for many of these prisoners and some have multiple degrees going to waste. We propose a program that will allow the release of those prisoner who can prove they are ready.  In the present system old law prisoners do not get paroled until a few months before they have to be released by law or at that date, called MR date. For prisoners who were given a life sentence, which at the time of sentencing meant release after 13 1/2 years if the prisoners was rehabilitated. They system worked before 2000 and can work again, providing safe release of those who are ready.  Most old law prisoners are father or grandfathers who want to be home with their families and are sorely needed.

We believe that the above information and the data from many studies showing dramatic risk reduction with increased age, gives the DOC a mandate to change present PAC rules to eliminate the power of the parole commission to use overly subjective criteria. With the addition to the hearing of advocates and other testimony from those who know the prisoner and can testify pro and con, the parole deciders will have the broad view needed to accurately and fairly assess the inmate’s readiness and the rehabilitated prisoners will be released to society where they belong.

4) AS human being why should I care?

Big questions, we will start with some studies, will continue the discussion later
1)The  moral & financial crisis caused by incarcerating too long 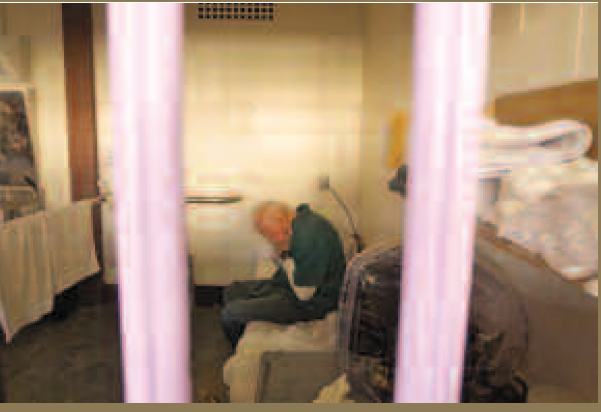 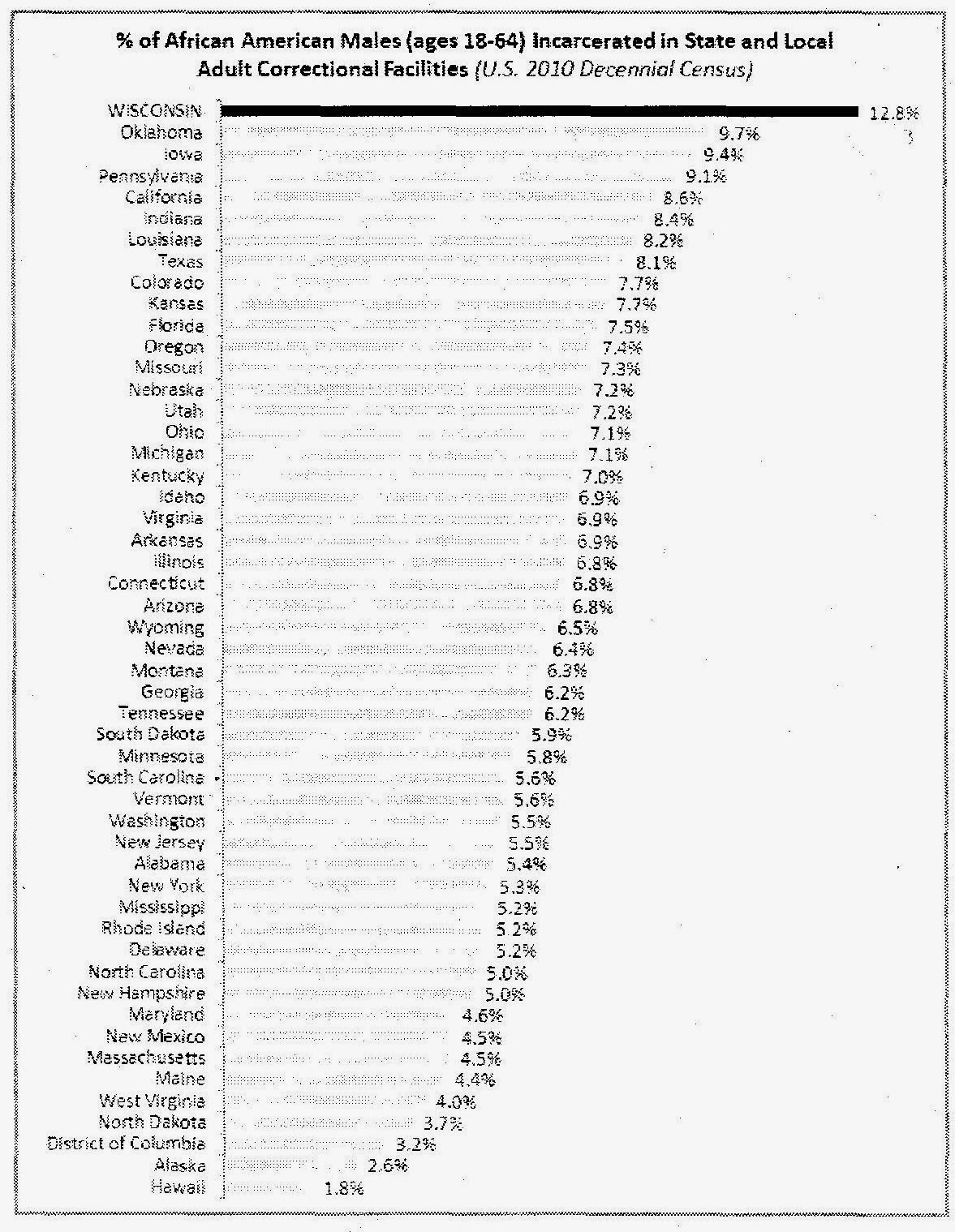 Black Imprisonment, a study by UWM/click to view

2012 From: THE EFFECT OF CHILD SUPPORT AND CRIMINAL JUSTICE ON LOW INCOME FAMILIES” by The Center on Fathers, Families, and Public Policy, CFFPP ;www.cffpp.org
In Dane County, Wisconsin, arrest rates for African-Americans have been shown to be 35 times those of white residents. While arrest rates have soared generally, they are staggering for minorities… One-third of African-American males will spend some part of their life in jail compared to one in 20 white American males. When arrests for drug offenses are broken down by race, the disparity becomes yet more evident. In 1999, African-Americans represented 13% of monthly drug users in the United States, but 35% of those arrested for a drug crime, 53% of drug convictions, and 58% of drug-offender prisoners. The study notes remarks given during focus groups:
“You going to go to jail. It’s just like a scientific fact. I mean, you’re jail-bound when you come across the border to Wisconsin.” “You come to Madison on vacation, and leave on probation.”

5)How did all this Happen? How did we go from 7000 to 22 000 prisoners in a decade?
evolution of a stuck system was no accident. View report on pdf file:https://ffupstuff.files.wordpress.com/2016/01/evolution-of-a-stuck-system-no-accident.pdf
the story of Governor Thompson, 1994 And 21 billion in federal dollars.

We went from 7000 to 22 thousand prisoners and almost total corruption stems from that .